Books & Classes for your Contractor's License

A Series Circuit is one in which there is a single electrical-flow path. Below is an example of a series circuits. 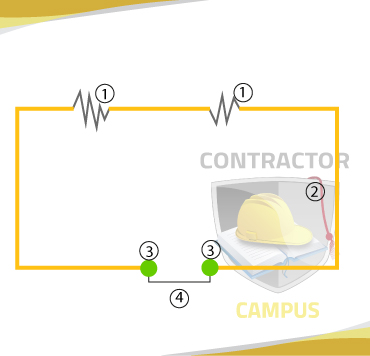 Notice the circuit above is a series circuit because the current has a single path to flow through. Let's look at more examples. 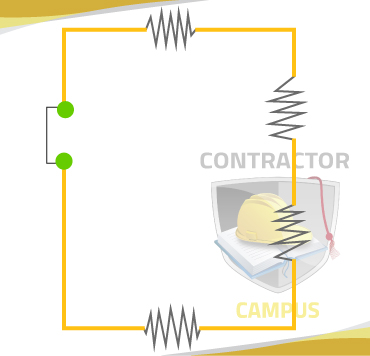 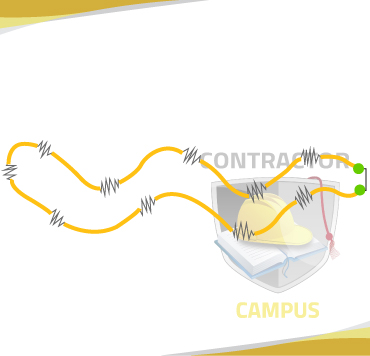 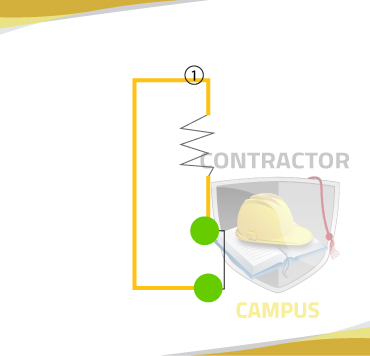 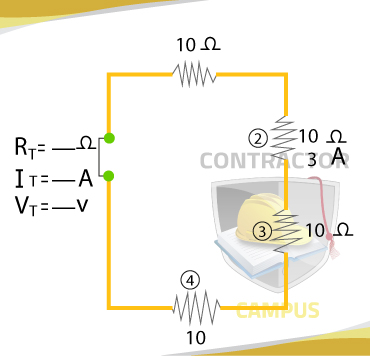 The current at all resistors is the same. The total current for the entire circuit is also the same as that on any resistor.

The total voltage is equal to the sum of the individual voltages.

Example 1: Find the total Voltage, total current, and total Resistance for the series circuit below:

Since total Resistance is the sum of the individual resistance, then: 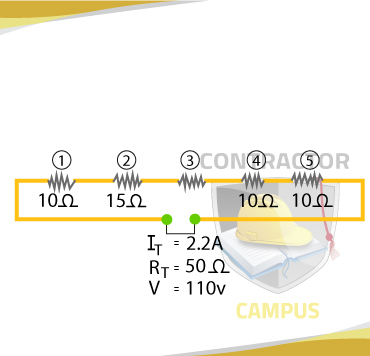 Example 2: What is the resistance on resistor 3?

View this article in Spanish