Books & Classes for your Contractor's License

Understanding how electricity is transmitted is vital to answering many questions on the electrical contractor's test. Let's examine this, transfer process in more detail through the images below, it shows a generic distribution system.

Now that we're gone through this electrical transfer process step-by-step, let's put it together 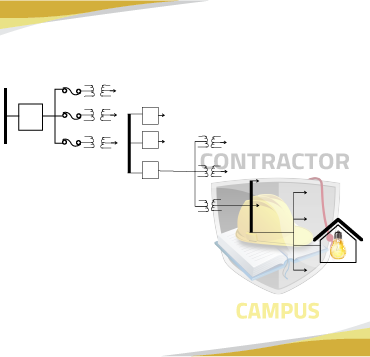 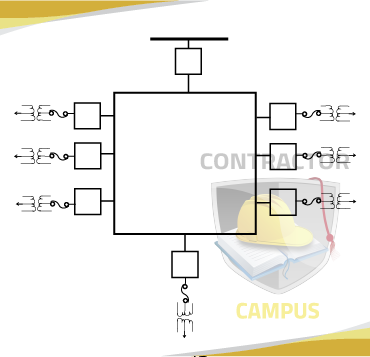 Notice that the arrangement of components in the ring main system seems preferable from a maintenance perspective. If a section of the system needs repairs or goes down for any reason it does not affect the rest of the system. On the other hand, in a radical system, everything "often" the affected area goes down as well. 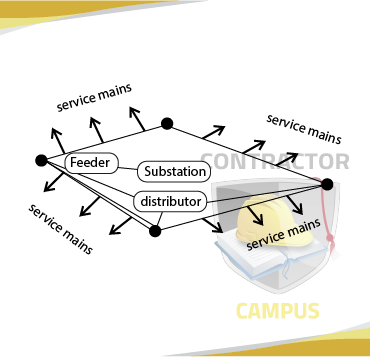 Notice for the diagram above that the key difference between feeders and distributors is that feeders transfer power from one place to another without being drained or connected to anything else. What gets put into a feeder is equal to what it puts out. 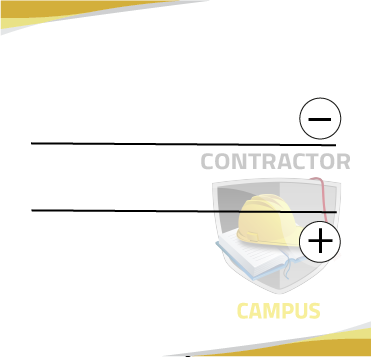 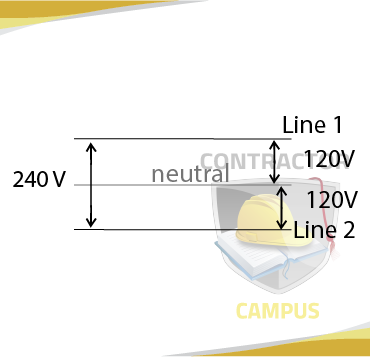 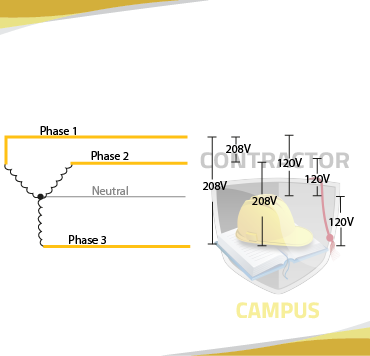 Notice that voltage between "phase wires" is 208V and voltages between only "phase wire" and neutral is 120V. 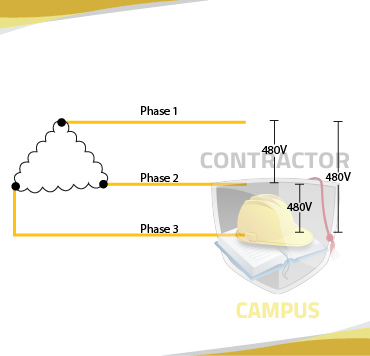 Notice there is no neutral (that's the key difference between wye and delta). Also, notice the voltage is the same between any two phase wires. 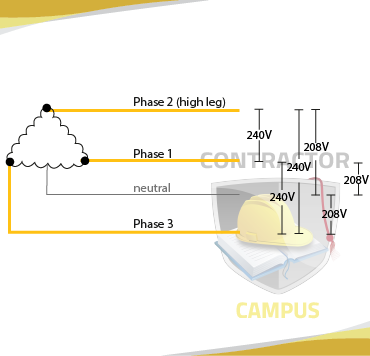 Notice that the four-wire delta gets its fourth wire from looking an to the middle of a transformer windings.
Doing so creates a neutral for 120V single-phase loads.

View this article in Spanish